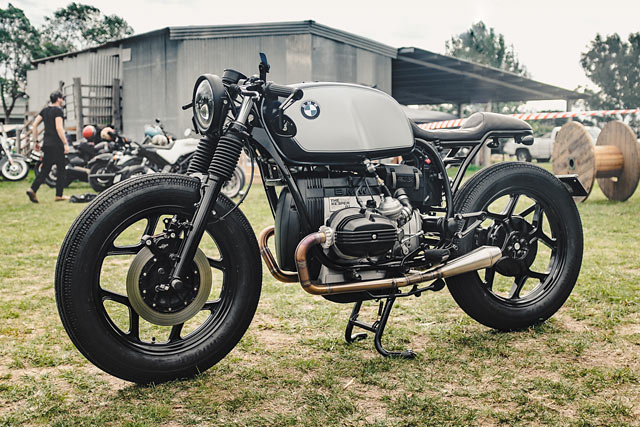 Gasoline’s ‘The Keeper’ BMW R65, made for our good mate Cam ‘Stories of BIke’ Elkins

Written by Andrew Jones The same thing happened every year. I’d promise myself that I’d go to Australia’s Machine Show and then at the very last minute the reality of travelling three hours south of Sydney would kick me in the family jewels. With a six-hour round trip, it’d either be a seriously big day or I’d have to organise accommodation and/or camping gear. And as it was now just a few days before the event, neither were very likely to happen easily. So I’d miss the show for another year. But not this year… 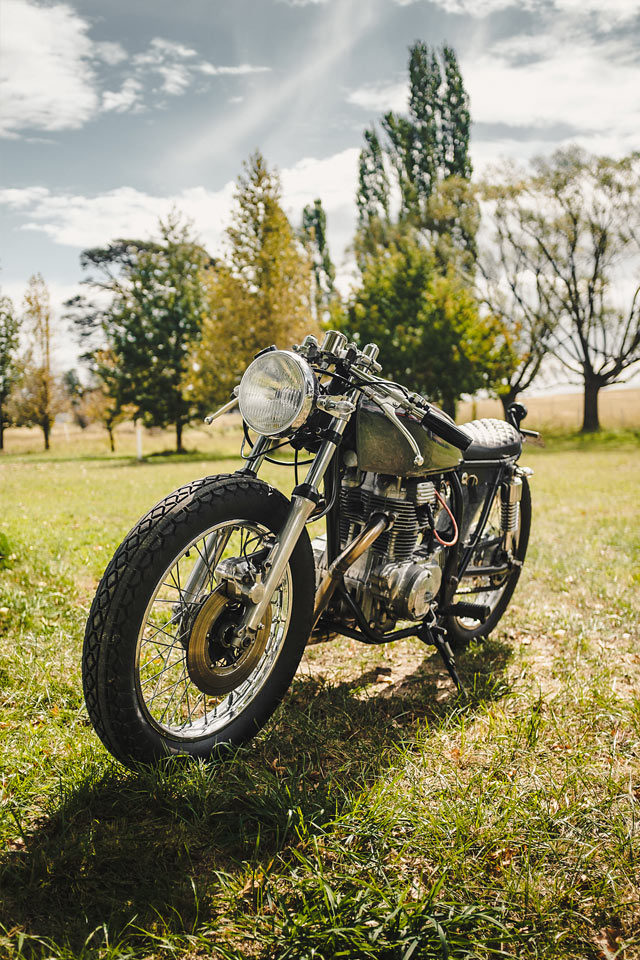 Braidwood is a quite, historical town directly east of Canberra, Australia’s capital city. Three hours south from Sydney and eight hours north west of melbourne, it’s remote location only adds to the ethos; close to nothing but the Aussie bush, you know that the people who turn up are there for the right reasons and not just to pass the time between lunch and dinner. Hell, I was rained on twice and I dried out twice before I even arrived. 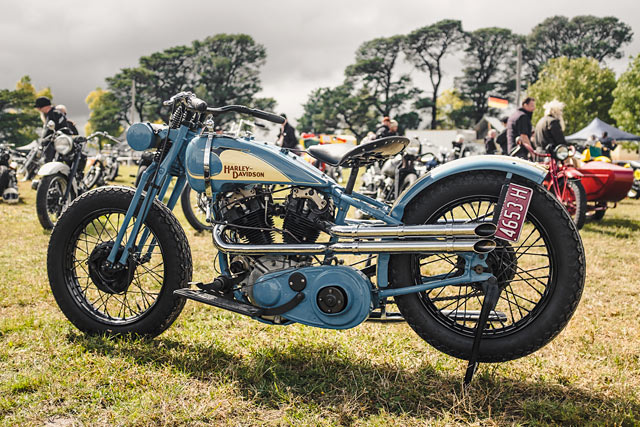 The show’s location also provides for an interesting mix of patrons. While most country bike shows would be lucky to have anyone under the age of forty turn up, exactly the opposite is true for their city counterparts. They are all wall-to-wall ‘yoof’ and craft beer. But at the Machine Show, the twenty-somethings with the waxed moustaches and the ironic sailors caps mixed freely and happily with the old crusty guys sporting the plaited beards and riding the antique Harleys. There were even cowboys there. All bike shows should be like this. 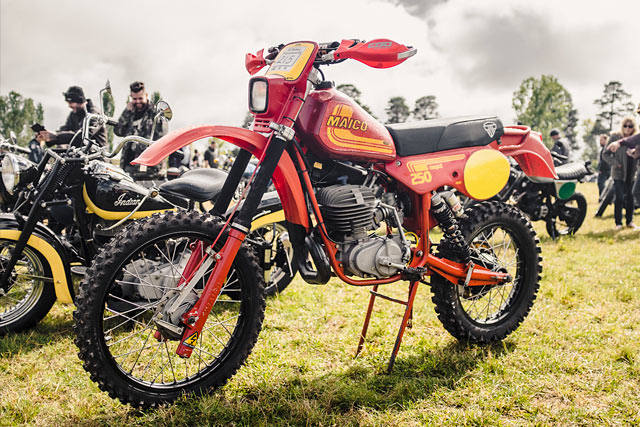 For this Sydneysider, Braidwood gave me my first taste of the Autumn temperatures now working their way up the Australian coast from the south. And don’t get me started on the rain. Lending a decidedly Woodstock-ish feel to the event, the precipitation turned dust into mud and had any upright-loving biker looking on nervously as their beloved’s side stands sank ever-so-slowly into the rich and sludgy Braidwood soil. Supportive aluminium cans and scrap wood pieces have never been in such high demand, and so I retired to my hotel bed as the thunder and lightning rampages across the Tallaganda ranges to the west. More rain was coming. 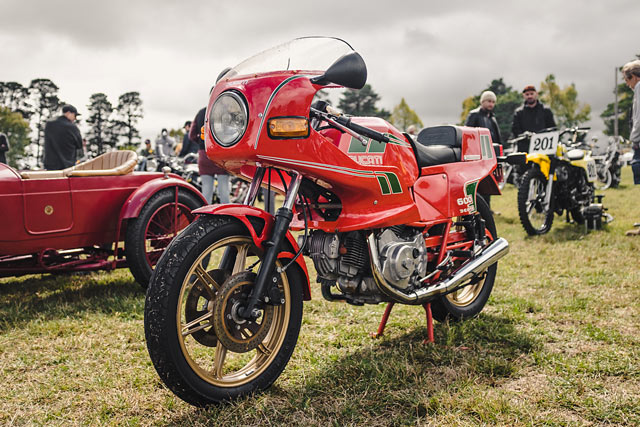 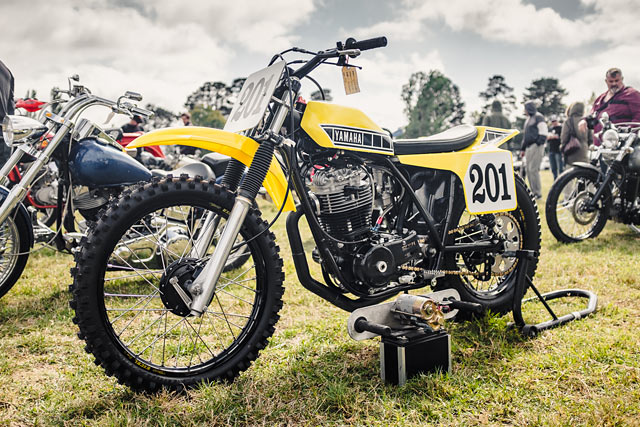 A ‘76 XT500 with separate electric starter

My personal highlights included Sydney’s Sabotage Motorcycles with their inspired 1926 Douglas and Honda CB125 mash-up boardtrack racer, Tom Marlay’s ‘Chook Chaser’ Yamaha 2-stroke tracker and Gasoline’s ‘The Keeper’ ‘86 BMW R65 cafe racer. Watch this space for more soon. But limiting this armada of moto coolness to just three bikes would be like leaving a chocolate factory tour with nothing more than a single square of dairy milk melting in your guts. I didn’t see a bike I wouldn’t have given body parts to own. 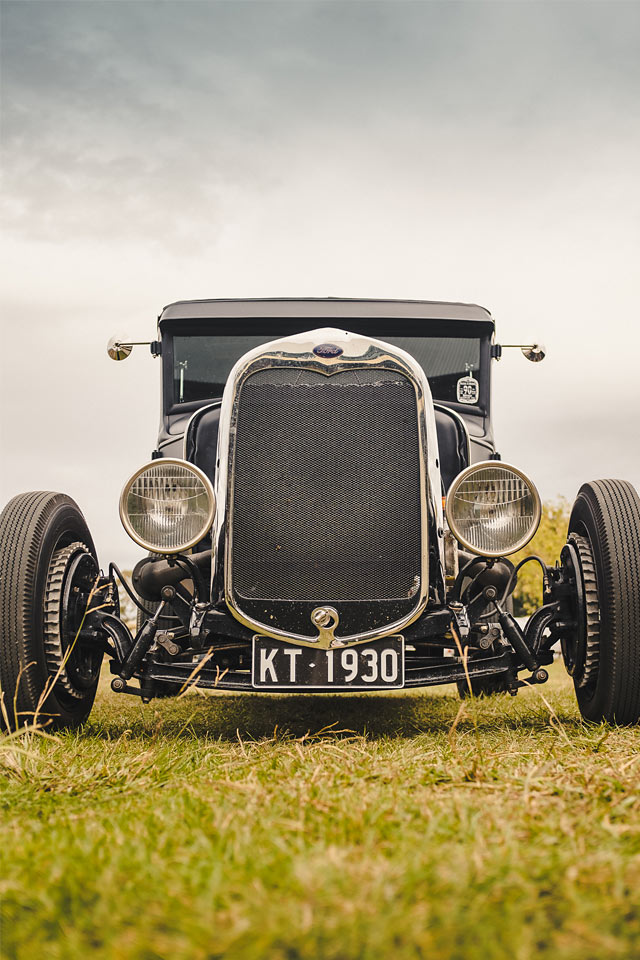 The Machine Show has a certain charm that’s almost impossible to find in other bike shows. It’s far enough away from the Big Smoke to be refreshingly unfashionable while still attracting some of the best current builders East Coast Australia has to offer. It’s also able to comfortably display bleeding edge cafe racers alongside Harley museum pieces and choppers covered in gold plating and airbrushed flames. But best of all, it’s a show where hip city slickers, retirees with grey pony tails and farm folks on brand new Toby Price KTMs can talk about bikes, have a cold one and revel in all that Australia’s world-class moto culture has to offer. 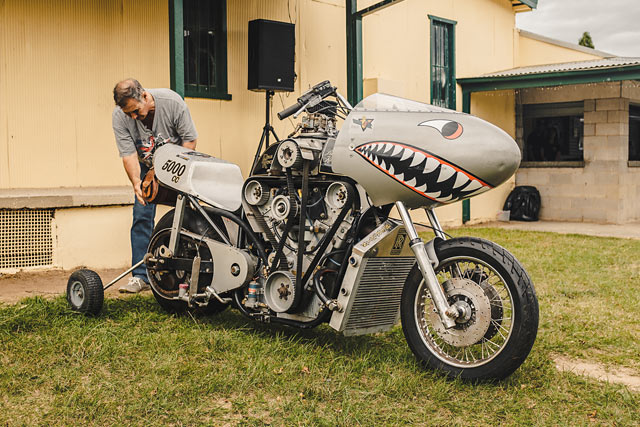 It’s a 5 litre v-twin bike made from ⅙ of a Rolls Royce Merlin engine that was crashed into a field and dug up. Seriously 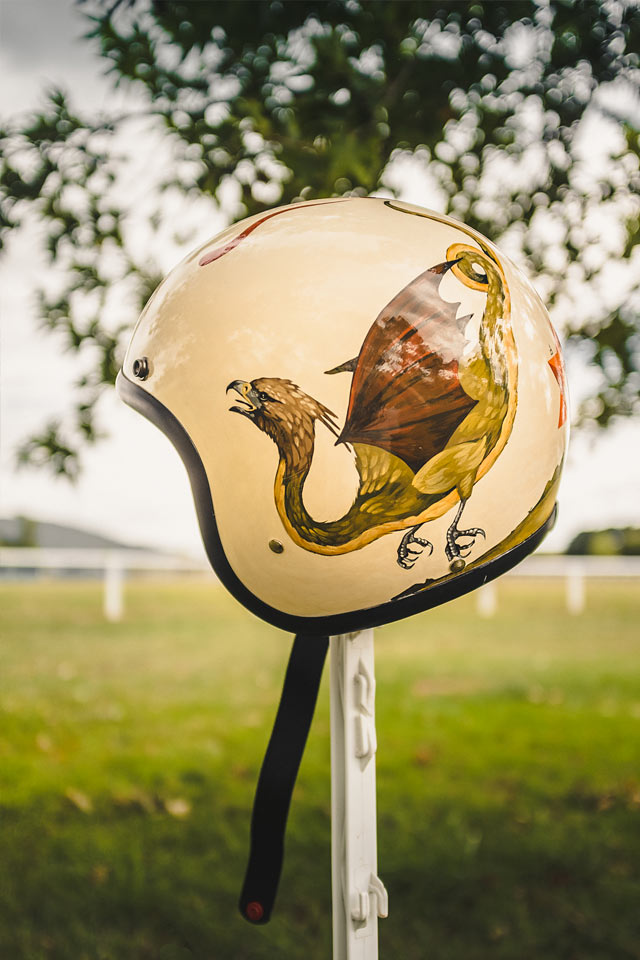 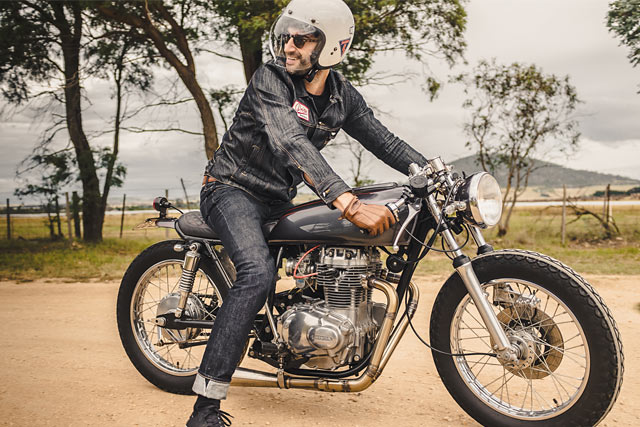 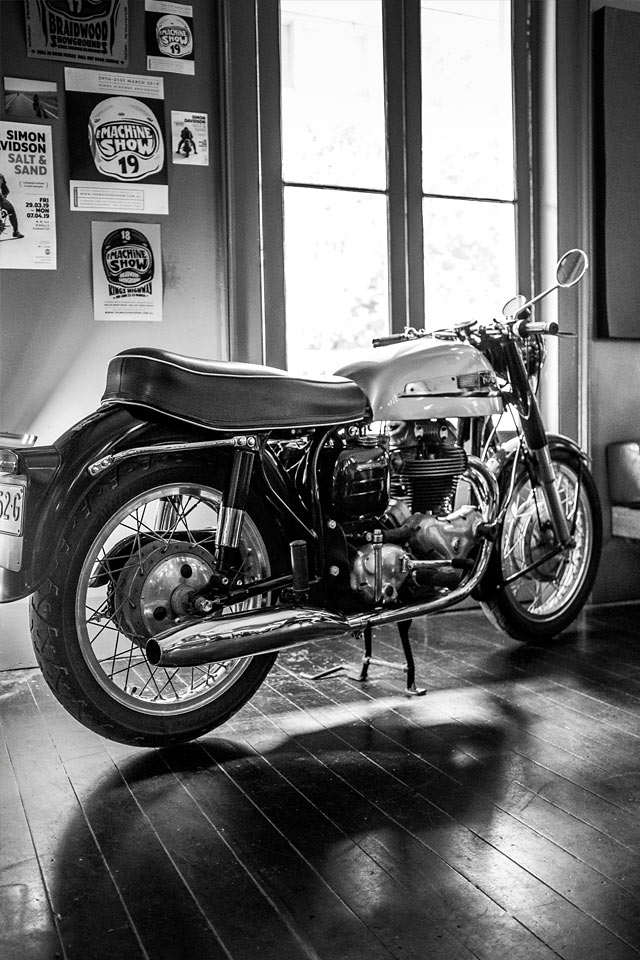 All the shops in Braidwood got into the spirit of things… 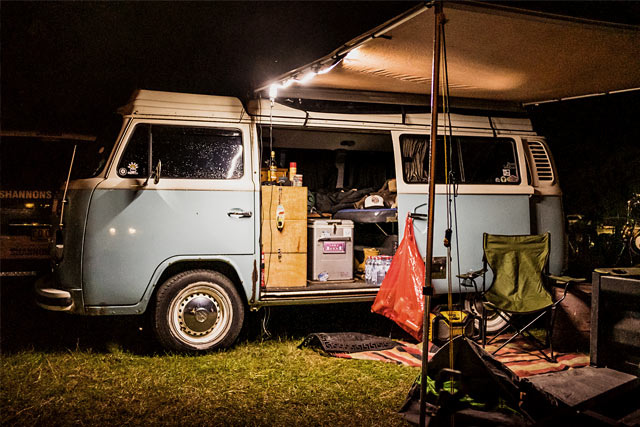 I had trouble with accomodation. Clearly, others didn’t