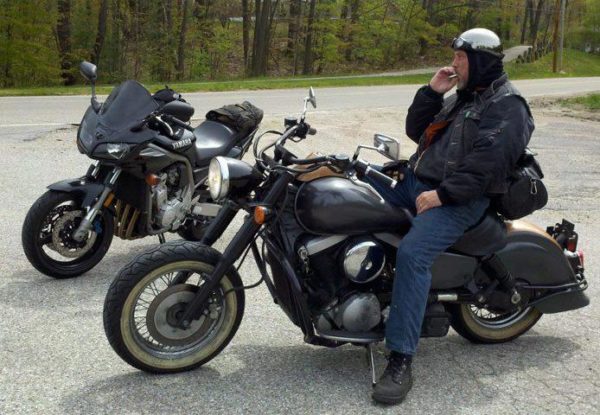 “Not the owner of many possessions will you be right to call happy: he more rightly deserves the name of happy who knows how to use the Gods’ gifts wisely and to put up with rough poverty, and who fears dishonor more than death.”

While some motorcycle owners feel the need to obsessively polish chrome, scrub and detail tires, wipe off every painted surface on their bikes with loving fervor and generally clean their machines to a hospital operating room level of sanitary perfection, some riders just don’t bother.

A can of spray paint will suffice when the bike looks a bit tired.

They call them Rat Bikes, and at the core, the people who own them follow a “ride it hard till it’s ugly” philosophy.

It’s a way of looking at, and using, the motorcycle in a purely utilitarian way. Spend no money on the bike on anything which doesn’t contribute directly to the function of the bike, cut up tin cans and find rusty scrap parts from less fortunate machines to keep it running. Pull out the cans of flat back or truck bedliner paint to cover up the most dangerously rusty parts. Wipe it down? You must be kidding.

When the bike gets dirty, put a sticker over the most egregiously hideous sections. Reattach any loose parts with zip ties. More critical parts can be repaired with self-tapping screws and JB Weld.

Bottom line? It’s all about keeping it running and to hell with everything else. Less is more. More is Satanic…

Rat bikes are the dirty, secret  little subculture of the motorcycle world. They’re uglier than an inbred cousin, and it’s that purposeful ugly that tells the story. It’s a real story, and like the human face provides a narrative of the experience behind it, so does the patina of the Rat Bike tell such a tale of glory and woe.

The perfect Rat Bike material is the source of some argument among the aficionados of the breed. Some say the bike itself  should be a castoff, a red-headed stepchild, a recalcitrant mule of a machine with no obvious esthetic appeal, and therefore no loss to the world as follows its glorious and inevitable path to decay. Think a mid-80’s Suzuki. Maybe an early-90’s Kawasaki.

It’s all about utility and recovering that which society has – incorrectly – deemed useless due to a  lack of a pretty surface. It’s a philosophical take which turns The Moped Joke on its head and sneers at the fussy state of our obsessively image-oriented consumer society.

As RatBike.org says, “Just do the minimum to keep them healthy and Ride. Let your bike wear it’s visual history with pride. No time consuming cleaning, washing, polishing, adding shiny parts that do nothing.” 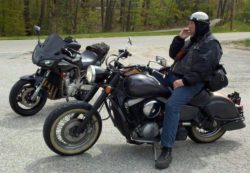