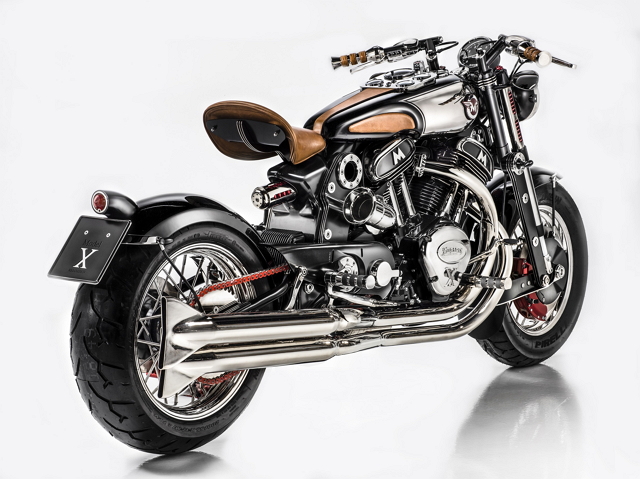 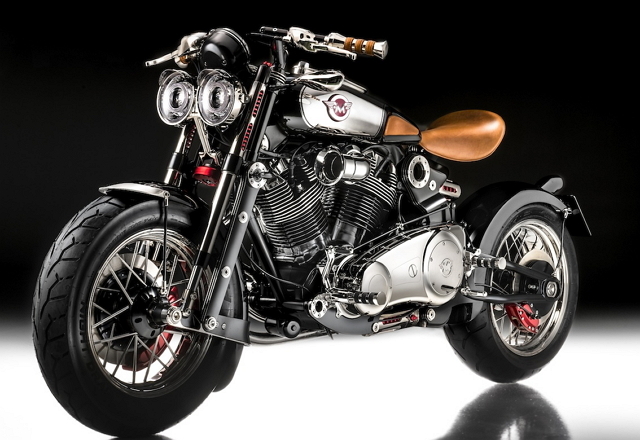 The Matchless name and motorcycle brand, long lost to history, was recently re-launch at the Milan motorcycle show in early November.

Matchless was once one of Britain’s most revered motorcycle makers, and through Associated Motorcycle Company, they built bikes plated as AJS, Sunbeam, Indian and Norton. But sadly, the firm ceased to exist in 1966.

But in 2012, the rights to the brand and the marque were purchased by the Malenotti family – the clothiers of Belstaff fame – and they used it to launch a line of clothing.

But the Malenotti’s also promised to build a bike one day, and now they have.

They call it the Model X Reloaded, and the results by Franco Malenotti and his Matchless design team are no less than a revelation.

The Model X Reloaded features a 1916cc S&S motor and the styling? It’s an homage to a time when motorcycles looked fantastic and brawny.