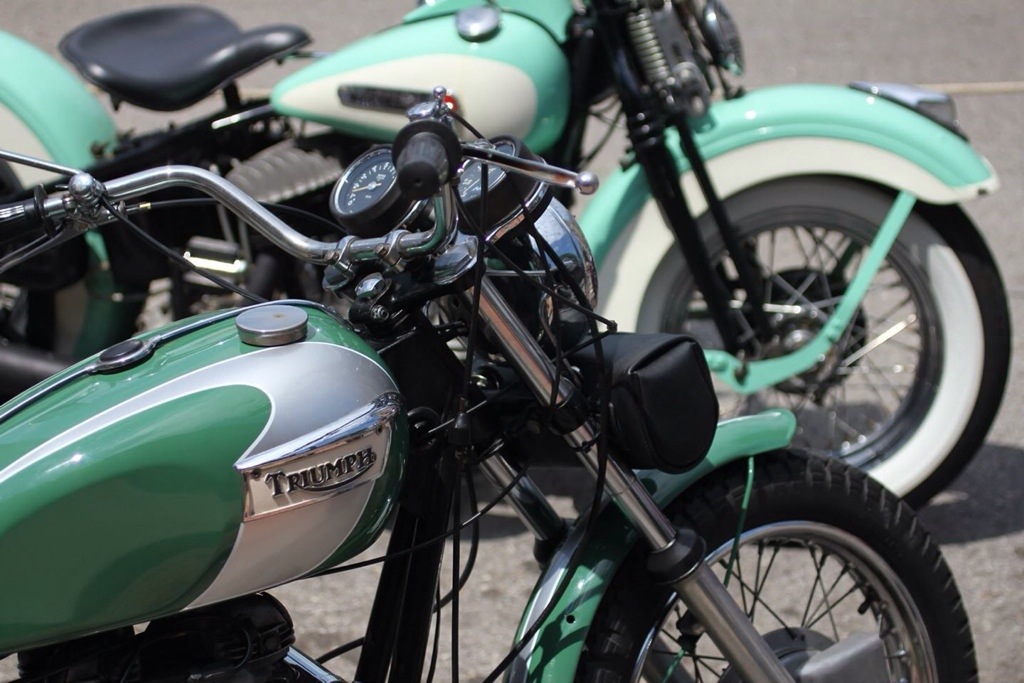 Thanks to the Muskegon Heritage Museum, bikes from years gone by will be part of the eclectic mix of motorcycles on display during Bike Time.

For the second consecutive year, the museum located in the heart of the Bike Time venue at 561 W. Western Ave. will host a classic motorcycle show throughout the festival.

As many as 35 bikes were on display at last year’s event, which was a “smashing success,” according to museum engineer Adam Winters, who also serves on the board of directors.

“We stopped traffic on the main drag,” he said. “Everybody was stopping and checking out the bikes. We heard comments like ‘what an excellent display’ and ‘what a cool idea.’ It’s Bike Time and we’re a museum, so why wouldn’t we do it?”

A collection of classic bikes, which Winters defined as “1970 and older,” will be on display in front of the museum. Some bikes will also be displayed inside the museum to encourage people to visit its many displays dedicated to the history of Muskegon.

Highlight bikes include a 1913 Henderson 4-cylinder with a sidecar, a 1967 Norton, a 1909 Excelsior and a handful of antique dirt bikes. The outdoor bike display is free but a small fee is required to enter the museum. Daily admission fees are $4 for adults, $2 for students and free for those ages 5 and younger.

Winters hopes this year’s show will be even better than last year due to increased space on Western Avenue. Vendors will now be located on side streets rather than the main corridor.

Attendees with antique bikes are welcome to park their bikes in front of the museum to contribute to the display.

Anyone interested in having their bike included in the show should contact Adam Winters via email at steamedup2@gmail.com or by phone at 231-769-5243.

More than 120,000 people are expected to attend Muskegon Bike Time 2014. The annual event draws people from around the country and includes contests, concerts and entertainment for all ages.