"These Arms of Mine" is a song written by soul musician Otis Redding. Redding, at that time a member of Teacake's Band, consisting of lead guitarist Johnny Jenkins, bassist Pat Teacake and himself, served as the driver for Jenkins, as he did not possess a driver's license. Atlantic Records representative Joe Galkin showed interest in Jenkins and proposed to send him to a studio. On the way to a gig, Redding had the opportunity to perform the songs "Hey Hey Baby" and "These Arms of Mine", as the set of Jenkins and the house band Booker T. & the M.G.'s ended earlier than proposed. 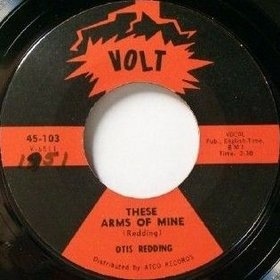