This Blog and Me.

I was going to write a longwinded post about my life and where i’ve been over the last years and indeed where i’m hoping to go over the short to medium term future, but instead, i’m going to try and keep it short and to the point.

For the last 5 or so years much of my time has been taken up helping my wife run her cafe in our nearest town. We started and built a very successful business which has just been sold to a couple of fine young people eager to continue our good work. During that time i started this blog, (nearly four years ago) to show people what I was up to in the shed with motorbikes and stuff concerning metal and machines. Also during that time I would do the odd architectural project for a friend and spent some time starting the build of the house here and maintaining the farm. To say I had a pretty full life with not much time for myself was an understatement. In the last five years a day off where I could just ride was rare, but last winter I was able to take sundays for myself and kitted out in thermals for the first time in my life, I rode just about every weekend….and loved it. 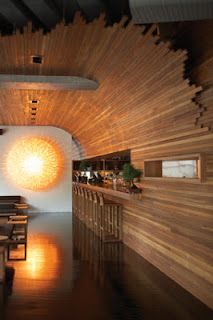 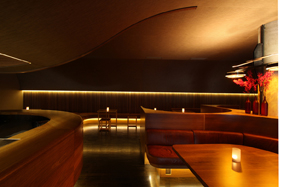 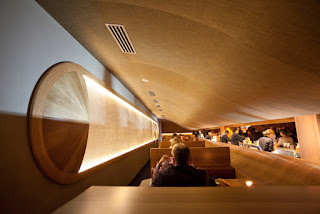 Late last year I was approached by a gentleman from overseas to put forward a proposal to design one of three new restaurants in a complex in Sydney. This guy was drawn to my architecture firstly and then to my work on motorcycles. He had seen a restaurant I had done a couple years ago in Surry Hills in Sydney and had liked it enough to shortlist me for one of his new restaurants. After quite a long process I was commissioned to design two of the three restaurants and oversee the construction of the three. The third restaurant to be designed by an overseas firm.
All that sounds pretty standard but the important thing here is that the first of the three restaurants is to be constructed entirely of recycled timber and reused, antiquated machinery, something i’ve been wanting to do for sometime. My architectural work has been based in the last years on a primary use of Australian Hardwood and I have been responsible for the design and the management of the building of most, if not all the detailed joinery in these properties, including furniture, so its a logical step that my work with metal and machines should now flow into that architecture as well.
So, I suppose what I’m saying here is that i’m shifting the emphasis of this blog, and my part in it, to include all things that I’m involved with creatively. I don’t just want to have to restrict what I show here to motorcycles I want to show everything that I’m doing, and that includes art, building, architecture  and of course motorcycles and machines. Now, I hope this does not mean the people who watch this blog that have the motorcycle disease, will turn off and not enjoy what I’m posting, and similarly I hope that anyone that may follow the blog to see my other work will not be bored by the motorcycle stuff.
I feel this time, this year, is for me to finally hone the different parts of my life into one focused direction. This project, (over the next year and a half) is the perfect project to combine all these elements and the fantastic thing is that it will afford me the time to finish building at the farm, continue, and in fact dedicate more time to building motorcycles, and allow me more time to enjoy the best thing in the world…riding. 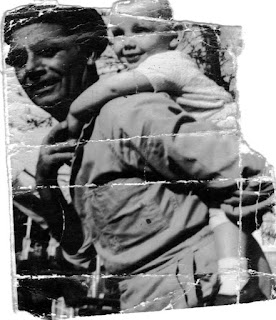 This is a picture of me on my grandfathers back in 1970, I spent my childhood working with him in his shed. He was a carpenter, before the days of hand-tools in the late 1940’s he helped rebuild buildings damaged by bombs during the second world war in his country of birth Malta. Then he came to Australia and worked on the Snowy Mountain Scheme until he saved enough money to bring out his wife and 3 year old daughter. He worked until the day that he died making things in wood with his hands, but he never worked on a sunday. I hope to do the same. Thanks to everyone who reads the stuff I post here, I hope to continue doing it for a while yet. Take it easy.