The only Danish motorcycle produced in large numbers, the Nimbus was and is a 750 cc ohc straight four engine sporting a relatively modest 22 bhp, moved along via shaft drive and held together with a rather elemental steel strip frame riveted together.

Just 12,000 of these machines were built between 1934 and 1959, and during that time, the design required very few changes. Experts estimate that somewhere around 8,000 of these simple workhorse bikes have survived. 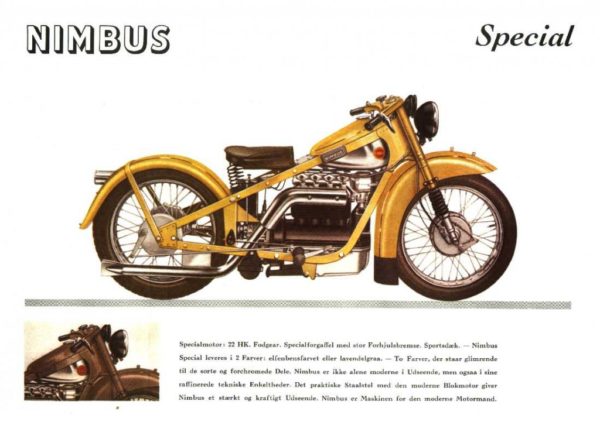 But this one is special indeed.

The front fork was cut down about three inches and the plate type handlebar was replaced with WLA-type bars bent to fit. The stock rear fender was shortened, and the headlight is from an Indian replica. The seat is a stock Harley-Davidson item mounted on a door hinge rescued from a Saab.

The builder, a Dane and a resourceful sort named Kim Scholer, once rode a Nimbus across the USA and on a tour of Japan. You can read about those adventures on his blog here…and here at Pipeburn.

As for the wheels, 18″ Harley rims were put on to upgrade the stock 19″ set, and Scholer chose Avon sidecar tires because he favored the zig-zag pattern look on those particular skins. He also spent a pile of his hard-earned Kroner on a modern, four-speed constant mesh gearbox which set him back $2,600. The bike does still feature a “suicide” foot clutch and hand gear changes mechanism.

The stainless steel exhaust system was made to look like that of an Indian Four, a lovely piece of work done by a friend of Scholer’s. 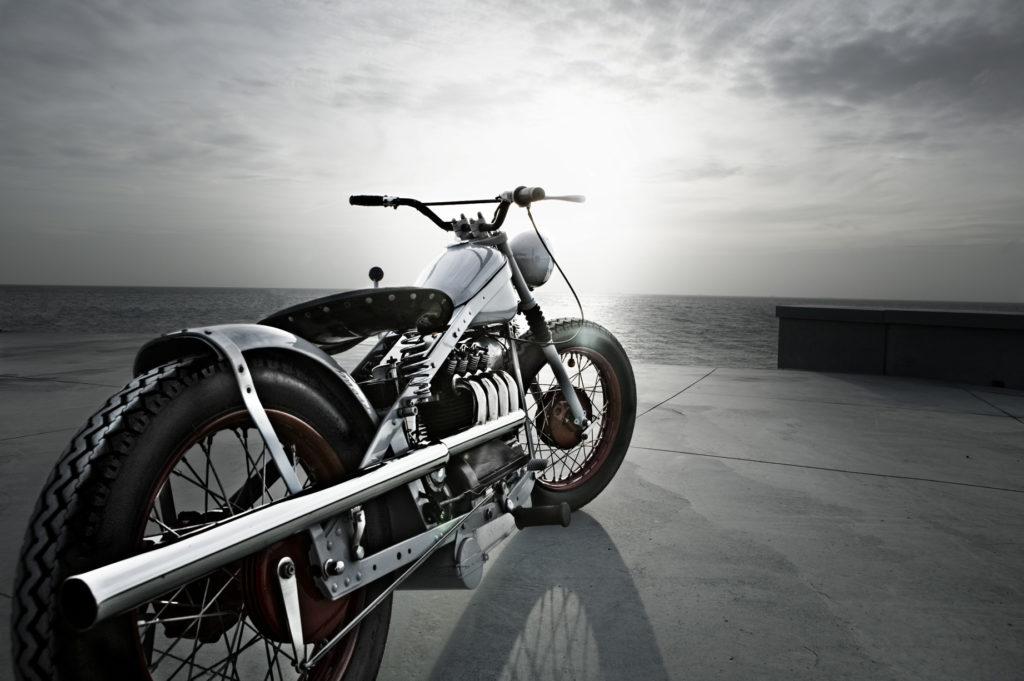 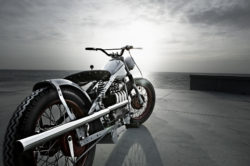 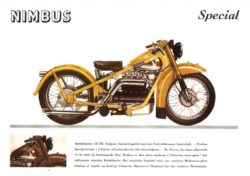