If there’s a single concept that Americans have encoded in their DNA, it’s the concept that “freedom” is the ultimate goal of mankind.

Freedom is our dream, our mantra, the touchstone of democracy and The American Way.

It’s the expression of that desire for freedom which can take some interesting twists and turns, and if you’re a motorcyclist, no day in American history symbolizes that clash of the want for freedom and the need for order like the 1947 Hollister Rally. 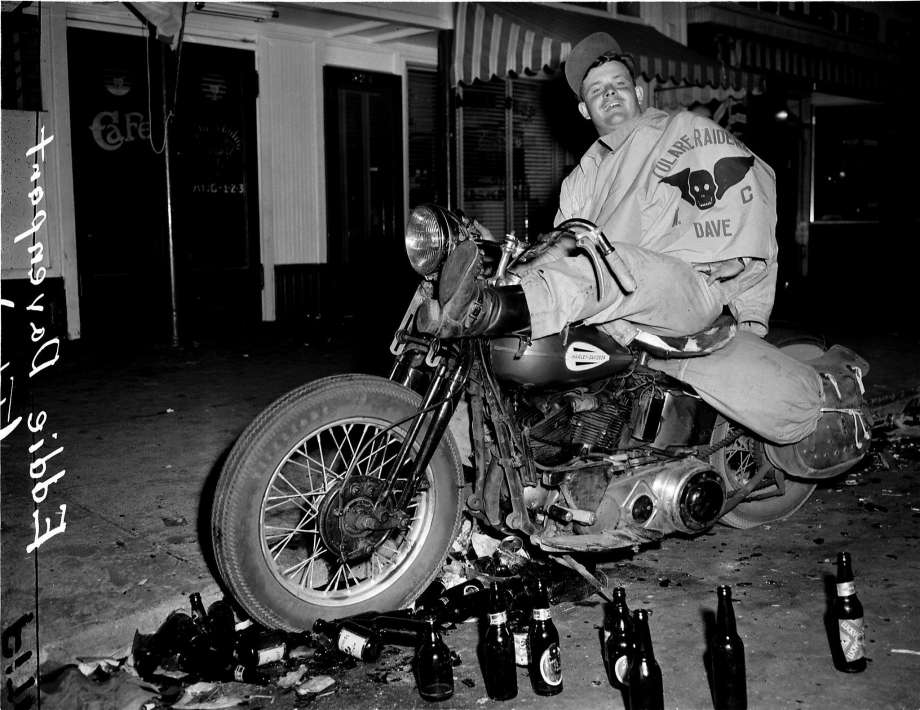 The so-called “Hollister Riot” represented a sea-change in the way motorcyclists were viewed by the general public, and by each other. It represents the schism, still in evidence to this day, between the “biker” and the “rider.”

It all came down when the American Motorcyclist Association (AMA) sanctioned Gypsy Tour motorcycle rally in Hollister, California (held from the 3rd to the 6th of July 1947) attracted the attention of LIFE magazine and a handful of local journalists. An unexpectedly large group of riders converged on the small, usually sleepy California town to watch the annual races and rallies. It was also a place for riders to socialize, drink and blow off a little steam on the back of their machines.

Press reports of bikers “taking over the town” and the “pandemonium” they allegedly caused in Hollister were just the ticket to generate a little public outrage in the soporific late 1940’s.

The most famous, and likely staged, image from the now infamous event,  was a photo published of a drunken man sitting on a motorcycle surrounded by shattered beer bottles.Published in Life magazine, the photo became the iconic representation of the rally and brought with it a flood of national attention and negative publicity; and that single image created the myth of the outlaw biker.

But the people who were actually there tell an entirely different tale of that fateful day.

In a great piece of historical reportage, bikewriter.com published this excellent account of the day from the people who were on the scene.

I worked in Hollister, at Bernie Sevenman’s Tire Shop, right on the main street. I had motorcycles myself, a Harley ’45, and a Triumph. I’m 88 now and my eyes aren’t good enough to ride anymore, but I’ve still got a bike in my garage,” said Bertis “Bert” Lanning. “There was a mess of ’em. Back then, beer always came in bottles, and there were quite a few of them broken in the streets, so the bikers were getting flat tires. They’d bring them into the shop, either to get them fixed, or they’d want to fix them themselves. Eventually, it got so crowded in and around the shop that guys were fixing tires out in the street, running in and out to borrow tools. Maybe a couple of tools went missing. Anyway, my boss got nervous and told me to close up the shop. I thought that was great because I wanted to get out there myself. Main Street was packed, but it wasn’t nearly as bad as the papers said. There was a bunch of guys up on the second floor of the hotel, throwing water balloons. I didn’t see any fighting or anything like that. I enjoyed it. Some people just don’t like motorcycles, I guess.”

They represent the one thing that, as much as we here in America like to crow about wanting it, scares the bejeezus out of people – true freedom. It just so happens that freedom is often a dirty, anarchic business, the definition of which is always in the eye of the beholder and a fast-moving target to define.

One man’s freedom is another man’s nightmare of disorder. It has always been this way, and if we are to embrace the reality of freedom, we’d do well to heed the words of the writer Noam Chomsky.

Happy 4th of July to riders everywhere. The AMA members and the 1%’ers. The Lone Wolves and the Kid on the Dirt Bike. It’s all of us who make being a “motorcyclist” a beautiful thing and one of the last real expressions of American Freedom… 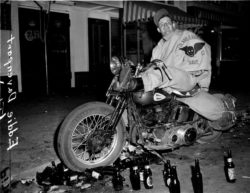